Know the Risks Associated with Tattoos! 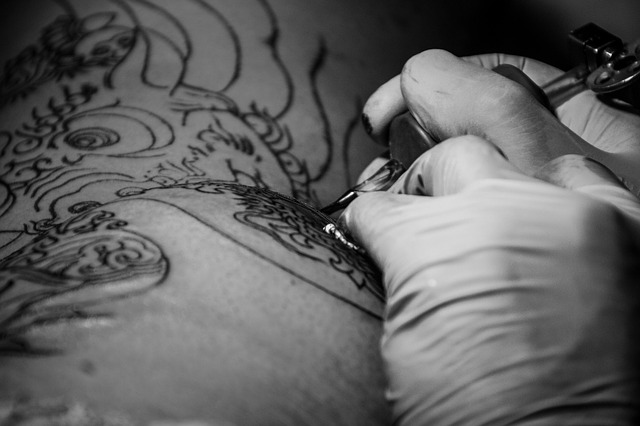 Did you know that four out of every ten people born after 1980 have a tattoo? Tattoos come in all shapes and sizes, can be put almost anywhere, and are all the rage these days. However, how much do we know about how it is affecting our health? Tattoos are created by injecting dye underneath the skin. These dyes are toxic to the body, create congestion in the lymphatic system, and can interfere with neurological communication.

The dyes that are used for tattoos have been approved by the FDA, but not for internal use. It’s well known that certain dyes, whether in food, clothing or paint, can affect our health adversely. How much more do synthetic dyes harm us when it’s injected internally into our skin, which is the largest organ in our body?

The lymphatics are part of the immune system. The primary function of the lymphatics is to cleanse the tissues of toxins, various chemicals or metals, and also pathogens such as bacteria, virus, fungus, or parasites. The lymphatics consist of major lymph nodes located at strategic places in the body; the thoracic region (shoulders), auxiliary region (under the arms), and the inguinal lymph (groin area). There are other minor lymph areas that run up and down the arms, legs, and the trunk. Blocking these lymph areas in any way is never ideal. The body’s ability to detoxify and fight pathogens will be impaired.

Not only can your body’s immune system be impaired, but also your central nervous system can be affected. According to Web MD, “the central nervous system (CNS) is made up of the brain, the spinal cord, and the optic nerves.” Neurological impulses of energy are sent from your brain down your spinal cord, communicating with organs thousands of times per day. Just like the lymphatics, the central nervous system has major nerves (spinal cord) and minor nerves. Inner Body states that “nerves are bundles of axons in the peripheral nervous system (PNS) that act as information highways to carry signals between the brain and spinal cord and the rest of the body.” Placement of tattoos on or along the largest nerve, the spine, can impair neurological communication to the rest of the organs in the body. Popular areas for tattoos include the back of the neck, the mid back, and lower back.

Despite all of these factors, millions of people have tattoos and live with them. They do not allow for a properly functioning body, especially in this day and age, where we are constantly bombarded with toxins in our air, water, and food. Tattoos will, to some degree, affect the body’s immune system as well as the neurological system. A much better option would be to get a natural henna tattoo, rather than using black dye, which can cause chemical burns. This way, you avoid the toxic consequences of dyes in permanent tattoos. Lastly, you’re not stuck with a tattoo years later that you no longer want.